In many of the ponds of China grows the lotus flower. It produces a beautiful pink flower used in many ancient Chinese paintings and pottery. It is renowned for its beauty and symbolism in the Buddhist religion

Where are they produced?

Lotus flowers originated in Egypt and India. There are two main types of Lotus flowers; Nymphaea (Egyptian lotuses) and Nelumbo nucifera (Indian Lotus). The lotus flower was imported from India into China about 1,300 years ago. Currently about 70% of lotus for the human consumption is produced in China. The lotus flower grows in shallow ponds and swampy areas, “The lotus prefers to grow in 12 inches of water,” (NYBG). Lotus flowers have been grown for a long time and they are, “one of the earliest cultivated plants in China, with lotus seeds having been discovered in jars at a Neolithic site near Chengchou.” (Science and civilizations in china)

Lotus flowers, like many other plants cultivated in gardens and on farms, has many uses. They are mainly used as food, “The root of the plant is often cut into slices then boiled, steamed, or deep fried. It can also be eaten pickled, raw, dried, or made into flour. The root, shoots, leaves, and flower buds are edible. The nuts can be too after removing the pericarp and embryo. (22)” (5 Flavors).

Along with consumption the Lotus flower has medicinal purposes, “The traditional use of Lotus for treatment of diarrhea, fungal infections, fevers and skin conditions (such as leprosy and ringworm) are supported by Western scientific investigation. The latex sap found within the leaves, stems, and flowers has great anti-bacterial activity and has been used to treat sexually transmitted diseases such as gonorrhea and syphilis, as well as other bacterial infections. The astringent qualities of Lotus may be efficacious in treating hemorrhoids and dysentery. In folk medicine, the astringent qualities of the flowers make Lotus blossoms a frequent treatment for diarrhea and cholera. Western medical treatment using Lotus has been effective in certain kinds of diabetes and rheumatoid arthritis.” 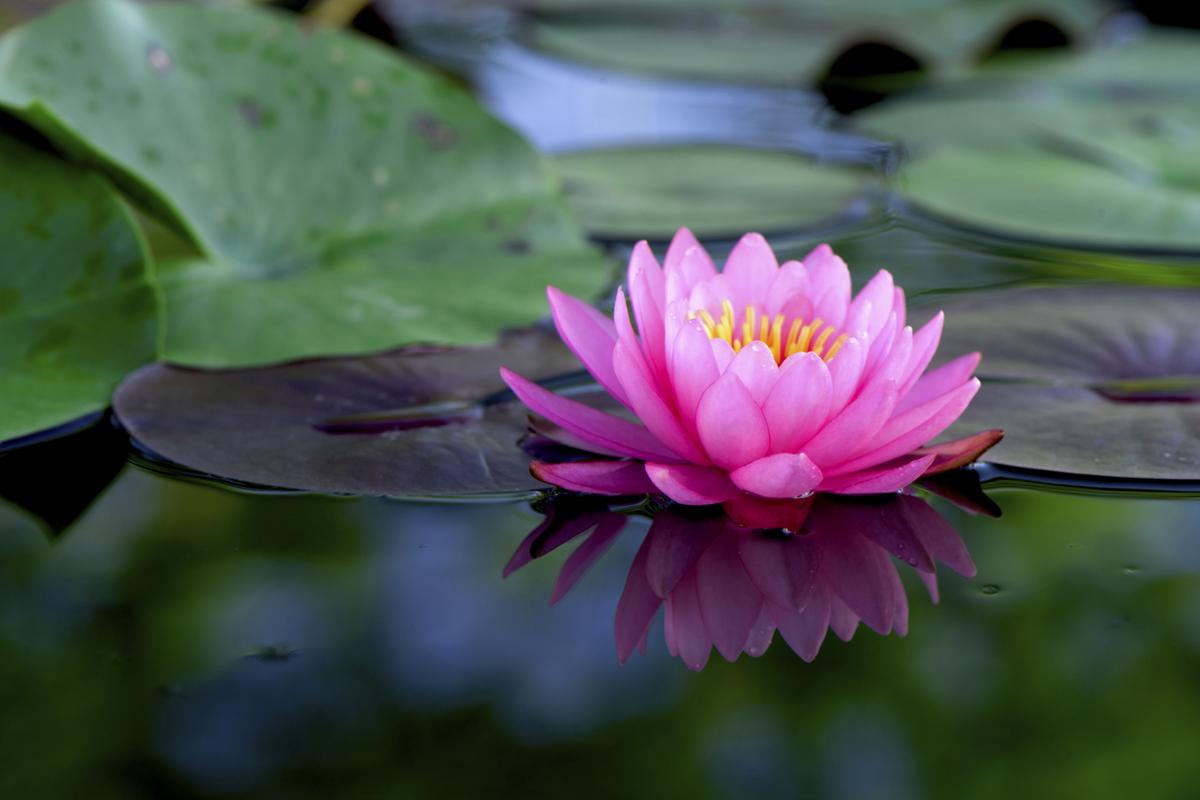 The lotus plant started to be represented through the art of the 12th and 13th century in China and, “was linked to the Buddhist images of purity and rebirth.” (Beyond representation). The lotus flower in the Buddhist religion, “this flower becomes a symbol denoting the essence of enlightenment of those who have meditated and will meditate on the profound Law. The lotus supports the Lord Buddha as the flower supports the world above the chaotic waters of the universe” (The Lotus Symbol: Its Meaning in Buddhist Art and Philosophy). They also, “while rooted in the mud, its flowers blossom on long stalks as if floating above the muddy waters of attachment and desire.” (Ward) The lotus flower is often pictured in Chinese gardens throughout the centuries and can often be the main focus of many pond found within these gardens.

Lotuses, while native to India and China, are invasive in North America. Due to our similar climate the lotus flowers have easily over taken thousands of ponds across the continent. These plants grow quickly and push out native species. While these plants are very pretty they do not belong in North America and wreak havoc on water ways all over the country.